A Night Out In Castleton

Peak Cavern just five minutes from Haddock Hideaway, run a programme of regular and one-off concerts and special events in Peak Cavern throughout the year. 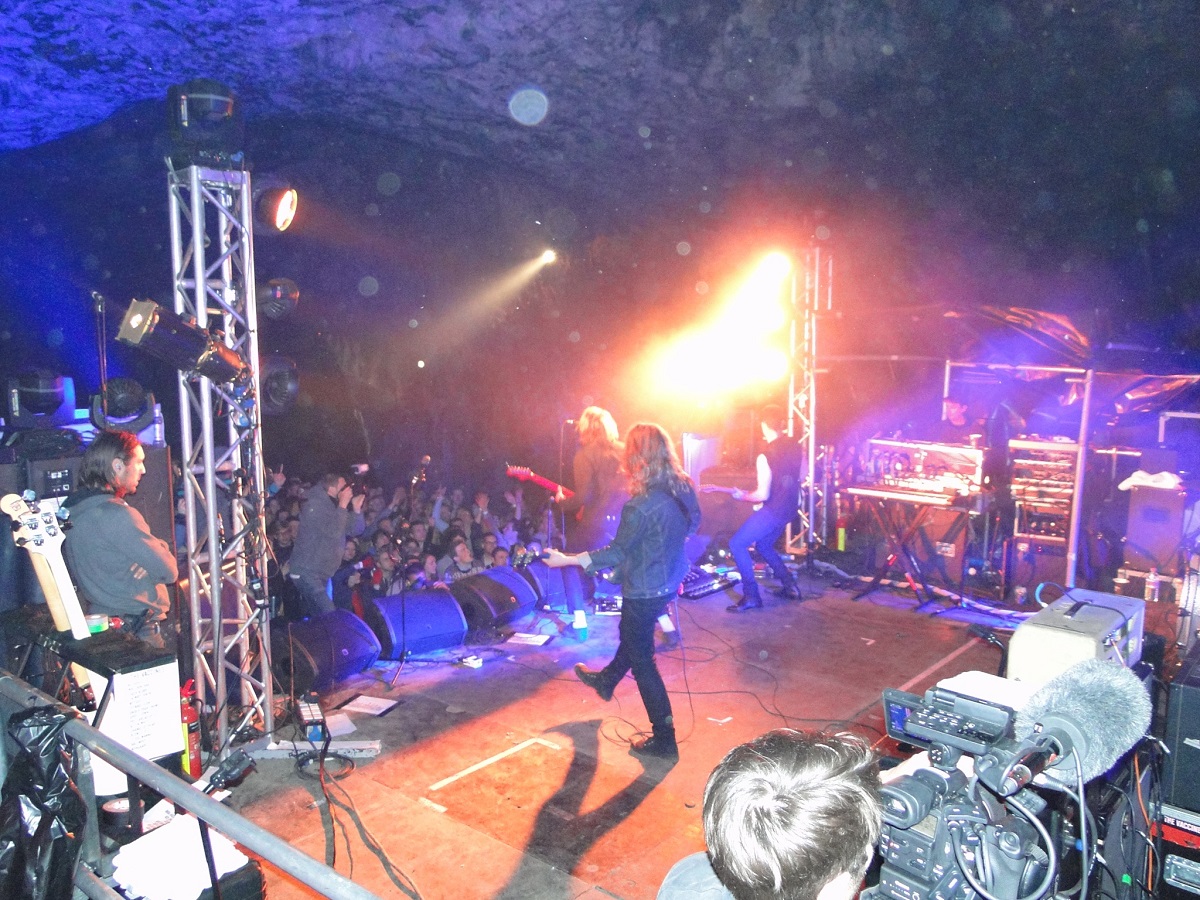 The Village Screen pop-up cinema is combining classic films in a jaw dropping location – Peak Cavern. They pair the events with street food by some of the UK’s most talented food traders and live entertainment to really bring the events to life. Audiences will be seated on comfortable chairs within the cave and there will also be VIP sofa options available for those who fancy treating themselves. As part of each event, they will be transforming the car park at the Peak Cavern into a street food haven with street food stalls, a bar and live music before each screening. There will also be a bar inside the cave keeping everyone replenished.

From mid-November Peak Cavern will transport you into Christmas with their series of Christmas Carol Concerts.  A range of brass bands will accompany you as enjoy a good old fashioned sing along.

Take In A Show

If you enjoy a trip to the theatre, we are perfectly placed! We have several within driving distance (or take the train!) in Buxton, Sheffield and Manchester:

Lovingly restored to its former glory in 2001, Buxton Opera House is an exquisitely beautiful Edwardian theatre and one of the country’s finest examples of Frank Matcham theatre design. As one of Britain’s leading receiving theatres, they present around 450 performances each year including dance, comedy, children’s shows, drama, musical concerts, pantomime and opera as well as a lively Fringe. The theatre is also home to the renowned Buxton International Festival. Located around 20 minutes drive from Haddock Hideaway

There are three main theatres. So, if it’s a great night out you’re after, or a chance to tread the boards and become part of making magic, you’ve found just the place. The world-famous Crucible, a Sheffield landmark with a distinctive stage and a reputation for unforgettable productions. The Studio, an intimate, versatile space for getting even closer to the action. We’re the beautiful Lyceum, the gleaming traditional proscenium arch theatre that hosts the best of the UK’s touring shows. There is also a fourth working theatre and its worth checking out – The Montgomery theatre & Arts centre.

Manchester boasts many wonderful theatres but there are four main sites.  The Palace Theatre, Manchester Opera House and the Royal Exchange are all based in the town centre, with The Lowry a little further out at Salford Quays. You can drive into Manchester but it’s just as easy and cheap to pick the train up from Hope station.  Once in Manchester there is a metro link, from the station, out to Salford.  However, you might want to opt for a matinee performance and nice meal after to make sure you make the last train.

Lastly, you can also visit BBC and ITV studios and the Imperial War Museum if you are heading out to Salford Quays.

Chatsworth House is a stately home in Derbyshire, in the Derbyshire Dales 3.5 miles north-east of Bakewell and 9 miles west of Chesterfield. The seat of the Duke of Devonshire, it has been home to the Cavendish family since 1549. They run a series of events throughout the year including open air concerts, film nights, and garden parties.

The Folk Train is a unique form of musical fun and one of my favourite Manchester pastimes! There are 2 excursions from Manchester Piccadilly Station every month, each session hosting a different folk band. There’s no charge for the music, but a hat is passed around in the pub to collect donations for the band.